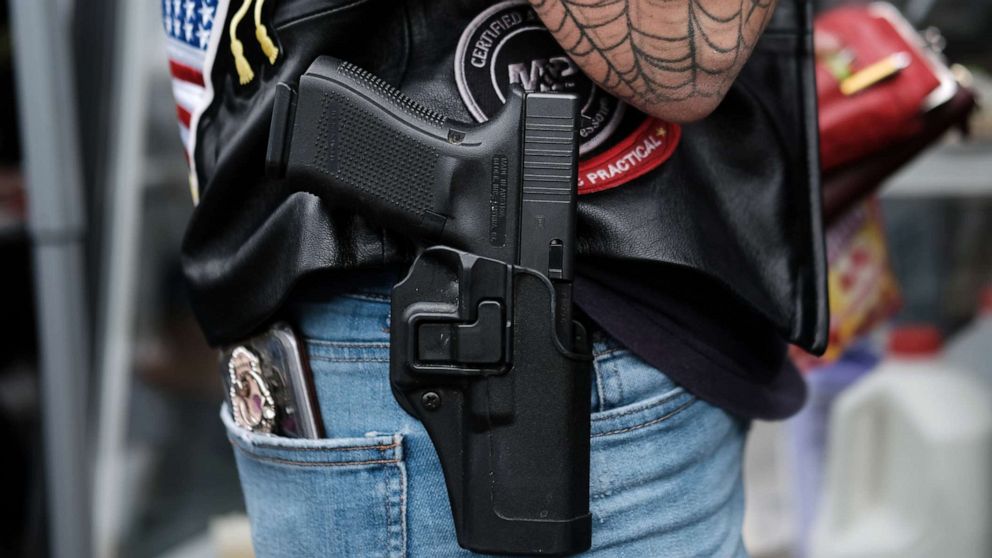 Women are often the target of crime, so it’s important that they know how to protect themselves. Although some people think that carrying a gun makes women less safe, this is not true. In fact, carrying a gun can help you feel safer and give you a sense of empowerment. This article discusses all aspects of guns for women- from the legality of owning one to choosing the best model for your needs.

Women are the victims of violence more often than men. In the United States, a woman is assaulted or beaten every nine seconds, according to the National Coalition Against Domestic Violence. One in four women will be a victim of severe physical violence by an intimate partner in her lifetime. And one in six women will be raped in her lifetime.

Guns provide protection. A gun for women allows them to level the playing field when faced with a man who is stronger and more physically powerful than she is.

A women’s gun gives them the ability to defend themselves at a distance, which can be crucial in many situations. For example, if a woman is being followed by a man on the street, she can keep him at bay by pointing her gun at him and warning him to stay back.

In addition, carrying a gun can give a woman a sense of empowerment and confidence. Knowing that she has the means to defend herself if necessary can help her feel safer and more secure in potentially dangerous situations.

The right to bear arms is a fundamental right enshrined in the United States Constitution. The Second Amendment protects the right of the people to keep and bear arms, and this right shall not be infringed.

Concealed carry laws vary from state to state, but generally speaking, if you are legally allowed to possess a firearm, you should be able to carry it concealed on your person. There are some exceptions to this rule, such as in schools or other places where firearms are prohibited.

Carrying a concealed firearm offers many benefits for women. It gives them a sense of security and empowerment, knowing that they have the means to defend themselves if necessary. It also levels the playing field in situations where they may be outnumbered or outmatched by an assailant.

There are some responsibilities that come along with carrying a concealed weapon. First and foremost, always practice gun safety. Be sure to know how to properly use and store your firearm, and always keep it within reach when carrying it concealed. In addition, stay up-to-date on the laws in your state regarding concealed carry, as they are constantly changing.

What Guns Are Best For Women?

There is no definitive answer to this question as it depends on each woman’s individual needs and preferences. However, some guns that are often recommended for women include smaller handguns such as the Smith & Wesson Bodyguard .380 or the Ruger LCP, as well as revolvers like the Smith & Wesson J-Frame. These types of guns are easy to carry and conceal and can be effectively used by someone with little experience.

When choosing a gun, it is important to consider what you will be using it for. If you are primarily concerned with self-defense, then a small handgun may be the best option. If you are interested in target shooting or hunting, then a larger gun may be more appropriate. Ultimately, the best gun for you is the one that you are most comfortable with and that you feel confident using.

Reasons Why You Might Want to Consider Buying a Gun

There are many reasons why someone might want to consider owning a gun. Here are some of the most common reasons:

1. Protection: A gun can be used for self-defense or to protect your property.

2. Hunting: Hunting is a popular pastime for many people, and owning a gun can make it easier and more enjoyable.

3. Target Shooting: Target shooting is a great way to relieve stress and have fun at the same time. It can also be a very competitive sport.

4. Collecting: Guns can be collector’s items, and some people enjoy collecting them just for the sake of it.

5. Personal Preferences: Some people simply enjoy having a gun or find that it makes them feel more secure.

There are many reasons why women need to carry a gun. In today’s society, we are faced with many dangers, both from people who mean us harm and from animals that can attack. A gun can provide protection in both of these situations and can help to ensure our safety. Additionally, carrying a gun can give us a sense of empowerment and confidence, knowing that we have the means to defend ourselves if necessary. Whether you choose to carry a concealed weapon or keep one at home for self-defense, owning a gun is an important decision for any woman.

What You Can Expect to See in the Vatican Museums